This has been one of the most enjoyable but easily the hardest weeks yet – officially the last week in Moosmahdstrasse despite many people already having moved on.

Sunday night Simon, Aurelien, Thibaut, Thijs, Laura, Ara and Nikki went out to Mr French Bar & Bistro for dinner (despite not having a whole lot of French cuisine/a pretty snobby Austrian waitress). Ironically, I actually ordered schnitzel and vegetables which was enjoyable. The days here have been really really hot (sometimes unbearably) which has equated to some pretty nice sunsets though. We went and watched the sun set from halfway up Karren which was pretty fantastic sitting in the reeds and catching the last light of the weekend. Following this, we met up with everyone at Mr John’s for one last shisa and bonding.

Monday I kind of started packing which is strange! I also met up with Corina for a drink in the afternoon and then headed over to Nikki and Laura’s at Sebastianstrasse for Dutch pancakes with the French boys. Good food and great company. On the way home, the sun was setting beautifully again, around 10pm, so we swung past school and headed to the top level to watch in once again disappear.

Tuesday was spent at the Bodensee (Lake Constance) swimming in the lake as well as some baths/pools they have there. Jan, Nikki, Laura, Maddy, Thijs, Simon and I spent the morning/afternoon jumping off piers and swimming out to pontoons. That evening we had a BBQ (literally) in the river (it was so hot) for one last time ready to farewell people on the Wednesday. That night I also went to bible study for the last time before a summer break.

Thibaut and I had planned to go to Switzerland for the day on Wednesday – being some of the few left in Moosmahd. Maddy had suggested the day before that we join her and her housemate Anna for a walk via Lünersee (an Austrian lake) as Anna had the car and we’d been meaning to go to this blue lake in the mountains for quite some time. Sold by the idea of a brisk walk, the four of us headed off early Wednesday morning. It turned out to be a 9 hour hike up 3000m Schesaplana (true – via Lünersee). Despite sheer sheer cliffs, almost dying on multiple ocassions, intense heat and severe frostbite, it was a really enjoyable day and I’m so glad we did it. We did however get strange looks from hikers with stocks and hiking boots as they looked at our runners. Pretty proud we made it to the top and some of them failed to achieve it. Those three made such good company particularly when stopping for a drink (twice) at a hut a little way up. On return home we bought some things to bake a lemon tart.

Thursday we packed and cleaned some more and farewelled Simon for the second time although I’m sure we’ll see each other again. Thibaut and I baked the tart (success!), bought our tickets out of Dornbirn for the following week and headed to a nearby waterfall on our bikes to cool off from the intense heat. After a short walk there, we returned home where we made vegetable and sweet crepes for dinner and attempted to watch Shrek 2 before falling asleep exhausted.

We went swimming again in Bregenz at the Bodensee for the entire day. Highlights included going down the waterslides and also three man shoulder rides – thanks Jan and Thibaut for supporting the Erasmus weight gain. I really enjoyed hanging out with everyone there. On return home, we took a couple of hours out then walked to Maddy’s through an outdoor music festival in the city centre for a farewell party for the Anna housemates. Jan, Thibaut, Maddy and Maddy’s new French housemate and I sat on her balcony, sat through the heat, sipped sangria and ate swedish retro cake. We reflected on first impressions, not being able to understand French and a particular Slovakian’s gym obsession. It was a really good night.

Saturday morning we farewelled Ara and Aurelien, leaving Thibaut and I as the last two standing in Moosmahdstrasse. We went to the markets to stock up on cheese (one of us more than the other, guess who) then returned home to pack a little more. After bumming around a bit, we went and swam in the river, came home and then went to that outdoor music festival in town again to meet up with Maddy for a drink and farewell Nikki and Laura. Following this, we caught the cable car up Karren where we got dinner and watched the sun set….again. What a beautiful town. Jena came home at midnight which was a blessing both to have her company back again but also because to be the only one in this student house would have been a nightmare when it’s packed with four months of busy memories.

Today. Thibaut caught the train home early in the morning and I came home and sat in my room for a long time before talking to Harriet on the phone. Really excited to leave empty Dornbirn and reunite with Sydney friends but also not ready to move on from the friendships that have been formed here. How lucky I am to have met everyone from Erasmus. The pain that has already arisen from missing you all is unbearable.

Again photos out of order sorry 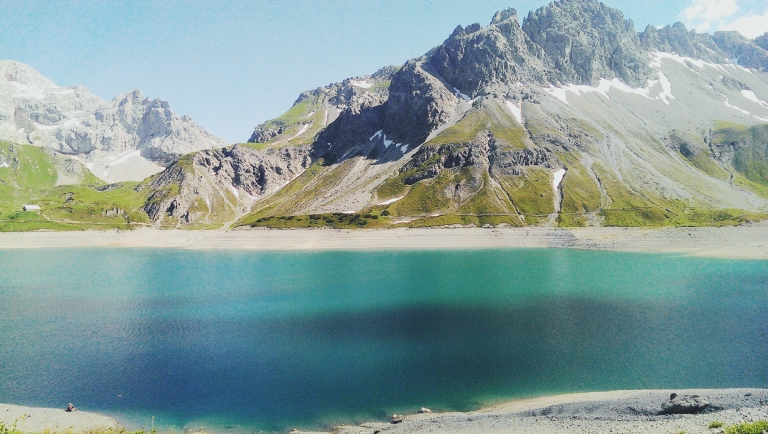 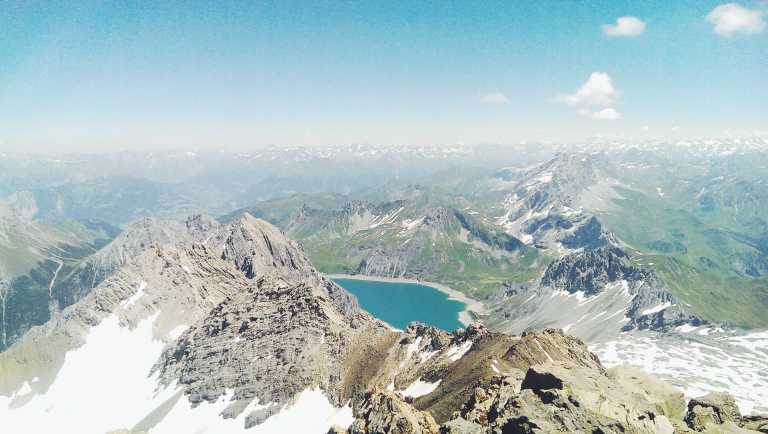 Chairlift up to Karren 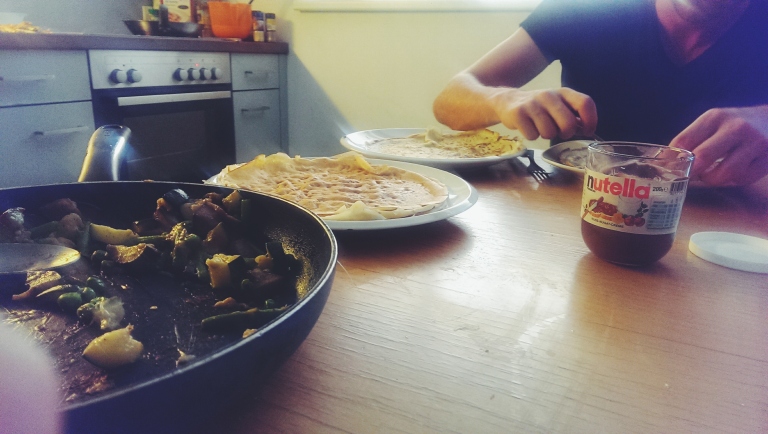 Swimming in the waterfall 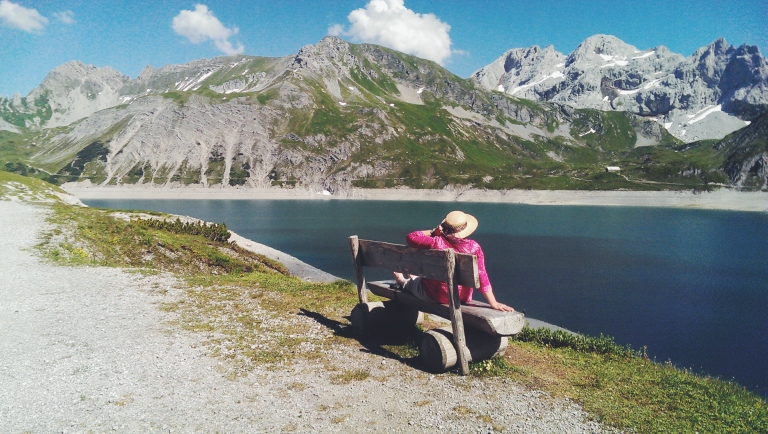 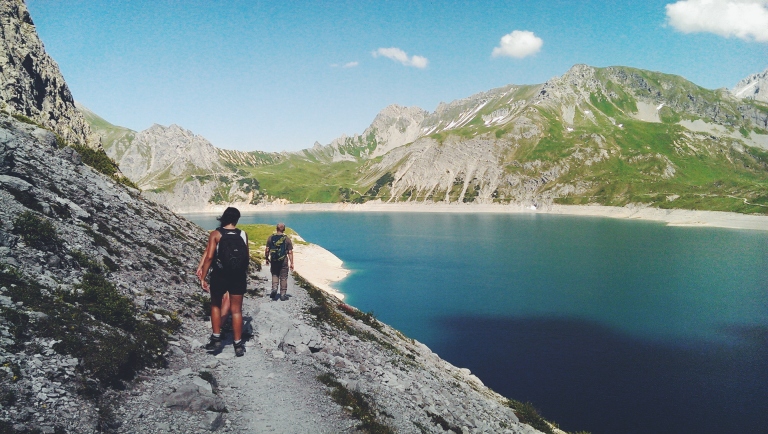 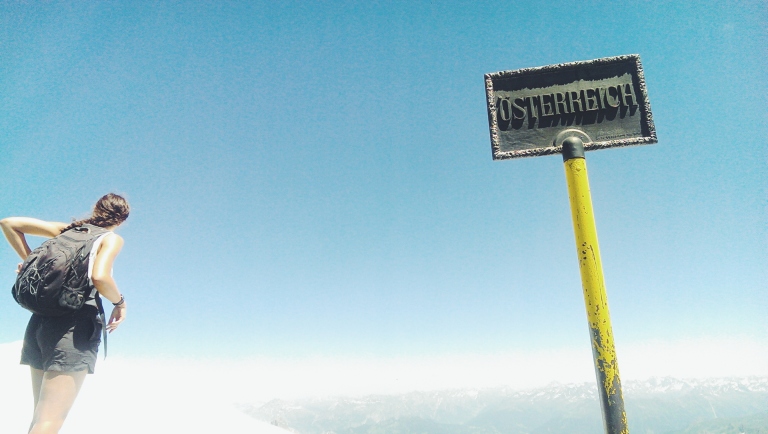 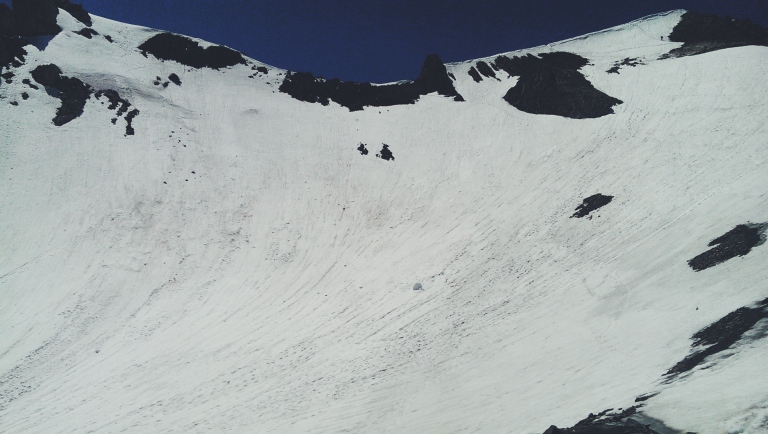 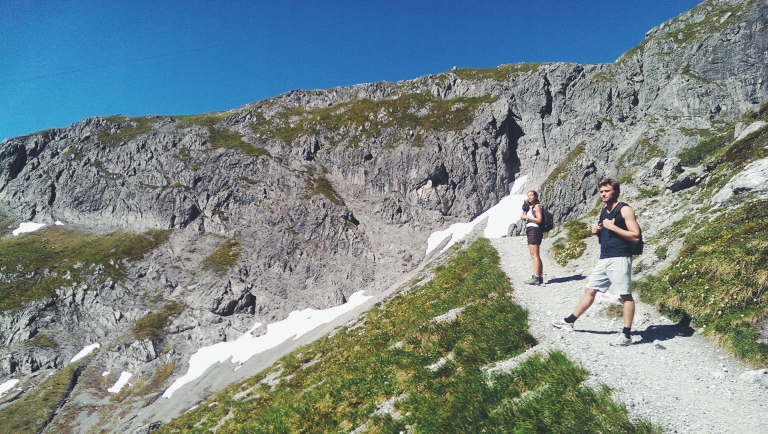 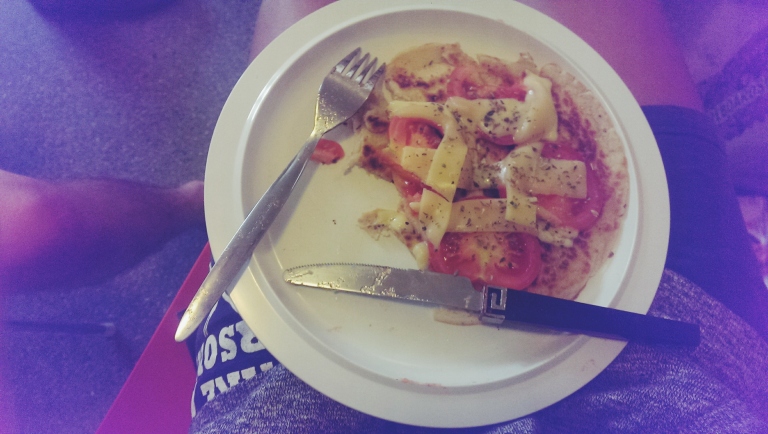 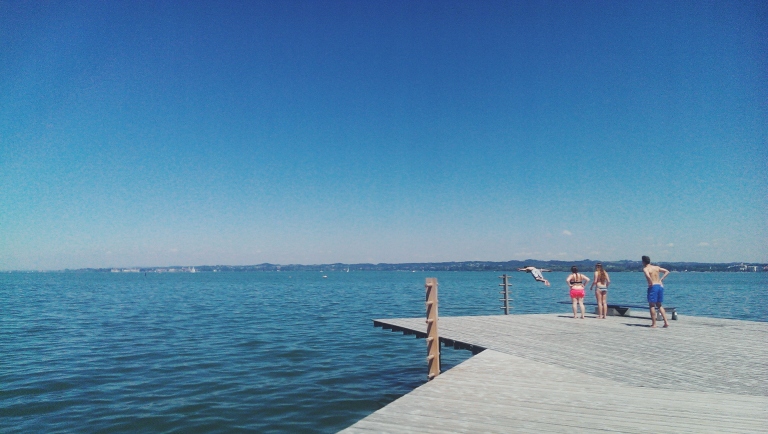 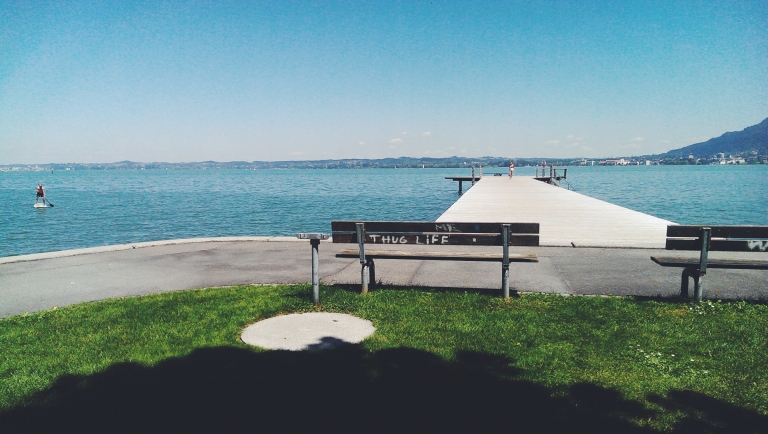 Signing the wall in the basement 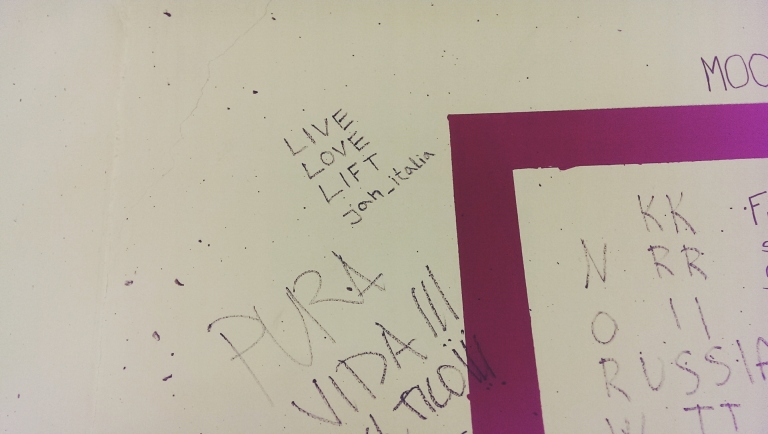 Another highlight of the week – cheap avocados 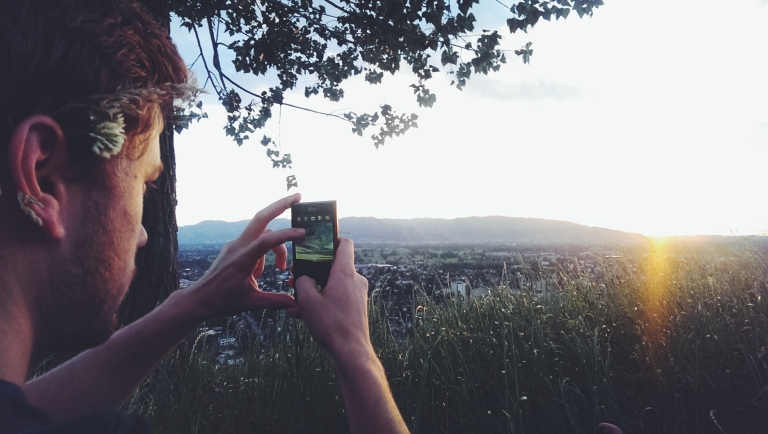 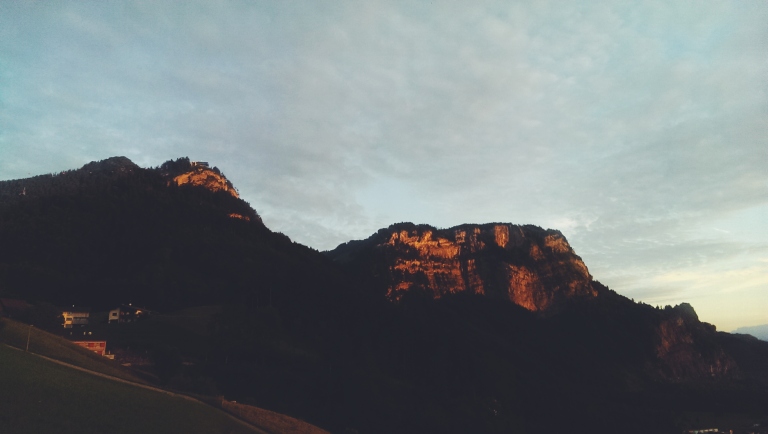 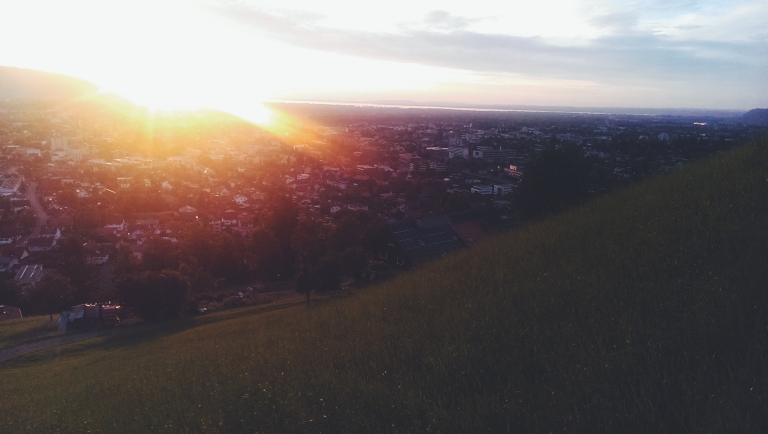 One thought on “Week Nineteen”