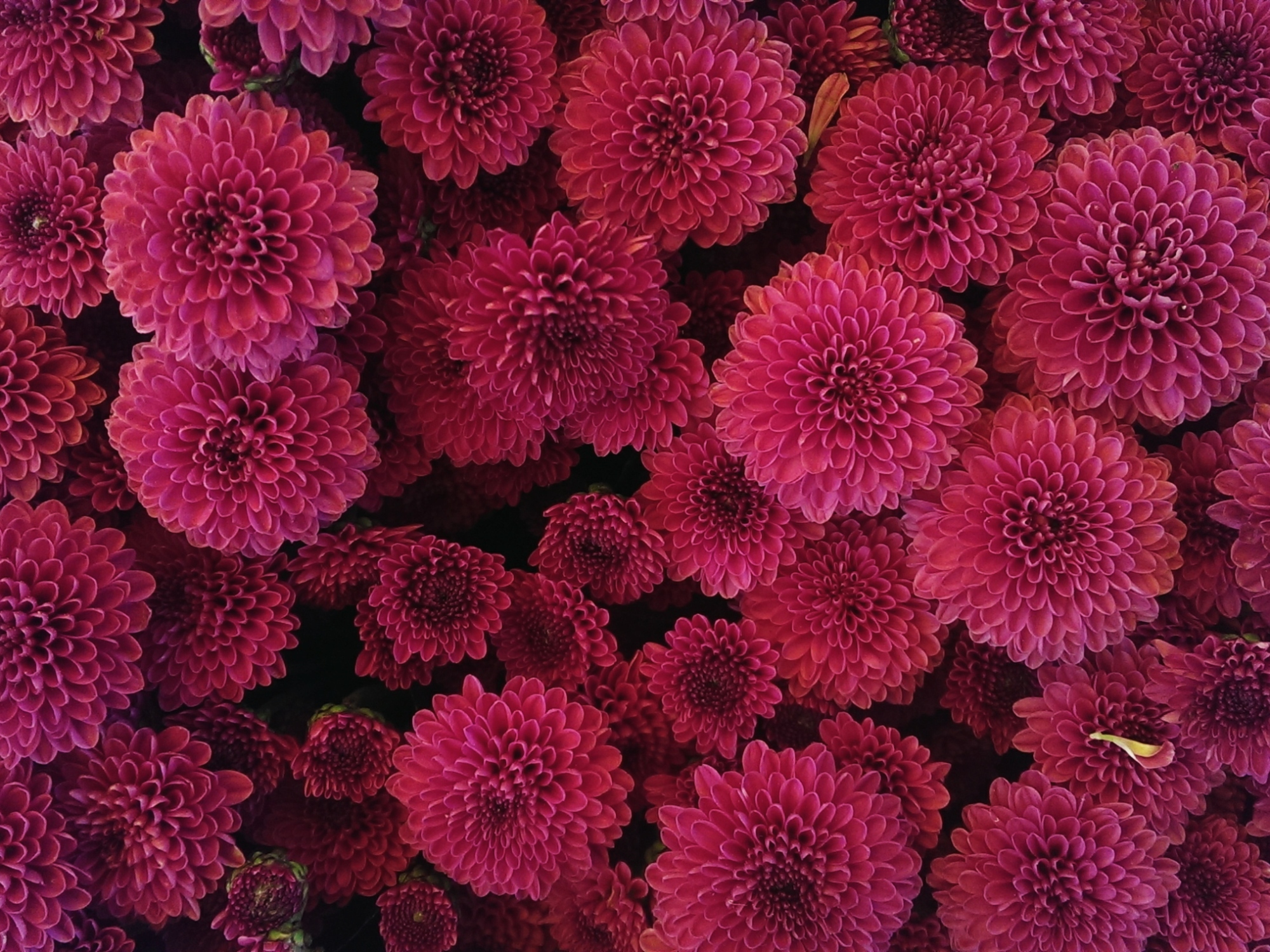 Despite the lack of Jena (and Isabella for part), this week has been a really good week. (I’ve just come to realise that this blog has started drifting further and further away from a University project and is becoming increasingly more like a cyber-psychologist. Sorry for that!)

I tried to take more photos but didn’t massively succeed. An amount can be found on the GoPro which I’m still yet to upload. Highlights of this week included;

– Going to Walbad Enz with Nikki and Isabella; an outdoor aquatic leisure centre in the forest. There’s been a few 30 degree days here and (a few massive storms too) which has meant that a lot of time has been spent in the sun. I took some books and school work there but lying by the poolside with mountains and green trees around you makes for an impossible work space. It also meant that I physically could not make it to German class that night and instead went home and napped through my dinner date with Isabella in my room.

– I got to Skype Holly on Wednesday and Zoe on Friday for the first time yet. It was really great to catch up. (Love ya)

– Market visits this week were prevalent, visiting the Wednesday morning market, Saturday morning market and also a flea market on Sunday. On Saturday we spent 3 hours there which was a bit superfluously insane but did involve a good coffee catch up with Chloe and Nikki and a visit to Mango for some window shopping. At the flea market I bought some much needed IKEA glasses for 1 euro as part of my German homework. Additionally I bought some proper flowerpots as I’m pretty sick of having my flora in recycled Polish Vodka bottles.

– Watching She’s the Man on Friday night with Chloe and Thibaut. It’d been a long time since I’d seen that movie and it’s ridiculous but I continue to love it.

– On Wednesday night we went to a live music event in the city centre. All the bars and restaurants had various live acts and I swear the entire population of Dornbirn came out to potter round, drink some beer, eat some good food and enjoy the atmosphere. There were performances and just a generally happy aura about the place. Most of us from the exchange group went and also met up with Maddie and some locals such as Corina. It was a really nice night and finished with Isabella and I running, laughing through a HUGE storm, sandals in hand.

– Thursday was a public holiday which we celebrated by having another pot luck dinner at Sebastianstrasse. There I met another Australian, Emily, who is really nice.

– Monday we had a BBQ by the river (again)

– Singing a translated version of ‘I, Believe’ at church this morning. Was SO great!

– Cycling to MacDonalds on Saturday night for the first time with Thibaut and Chloe. It was a thrill to see mini donuts, curly fries and other European specialities on the menu. Additioanlly, ordering through a computer was more than exciting (but also kind of sad.)

– Having a long lunch/afternoon with Stefan and Jan on Sunday filled with good conversation, pizza and sweet potato (a bit of a staple here for me)

– Finally on both Monday and Friday I had some job interviews here at two design firms. Zeughaus and Saegenvier. I’ve been blessed with a position at both of them doing videos and illustration which means I’ll be working temporarily full time (until November) then studying at the FHV again until the end of January, where I’ll finish my degree. The plan is to then return to Sydney (definitely) and do a 4th year Honours at UTS (perhaps). It’s super exciting to have this opportunity but also quite intimidating – firstly, entering the workforce as a designer (and not as a Surfection employee which I greatly miss) and secondly working/studying in German. Thanks for all your support til now, I miss you all a lot and will continue to do so. 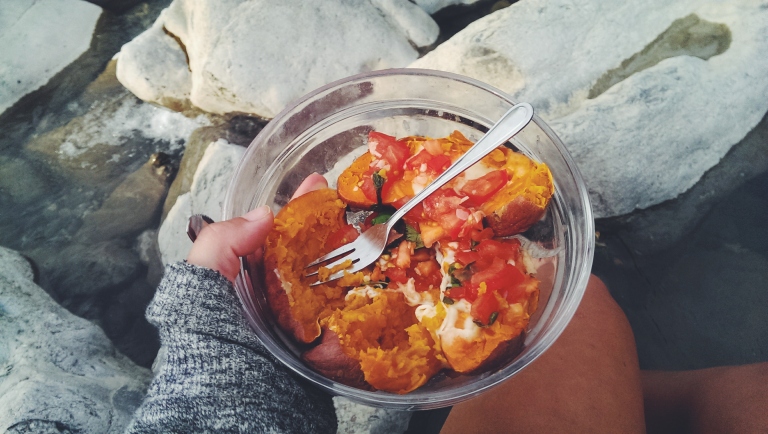 Isabella baked lemon tart (below, not above) 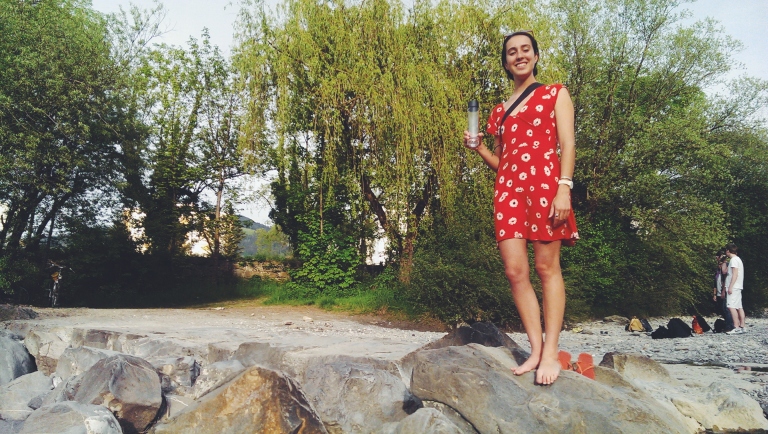 BBQ in the river 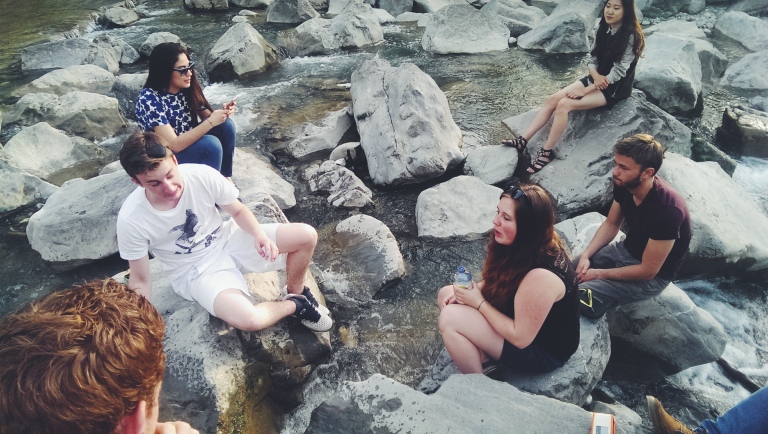 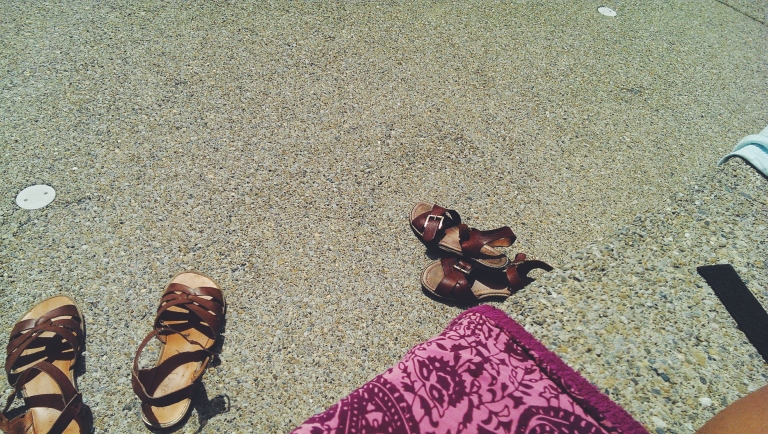 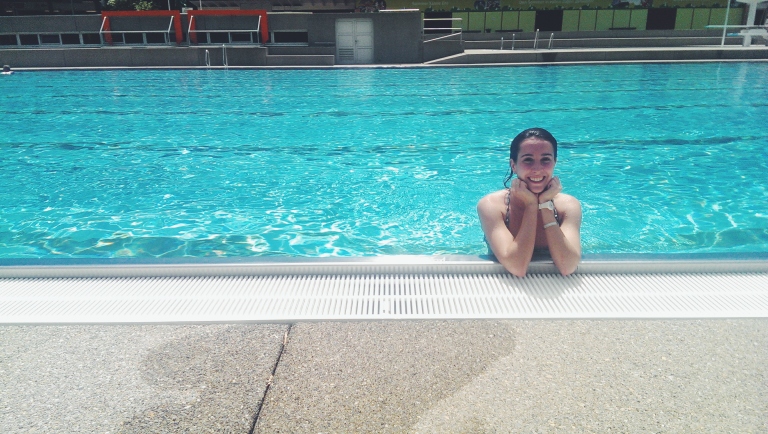 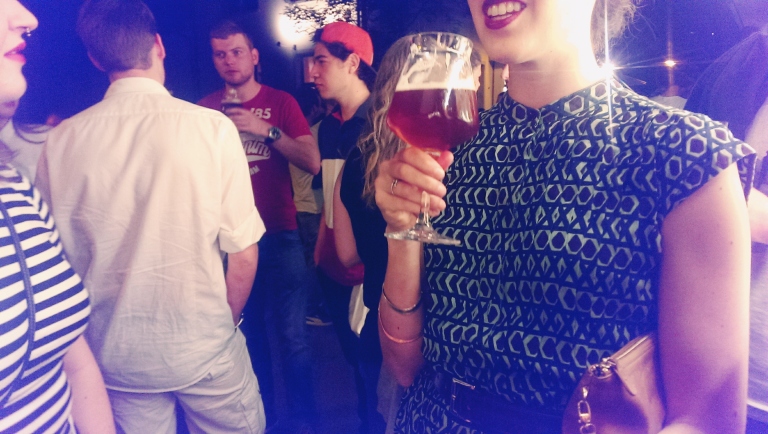 Walking to the pool

Live music in the town square 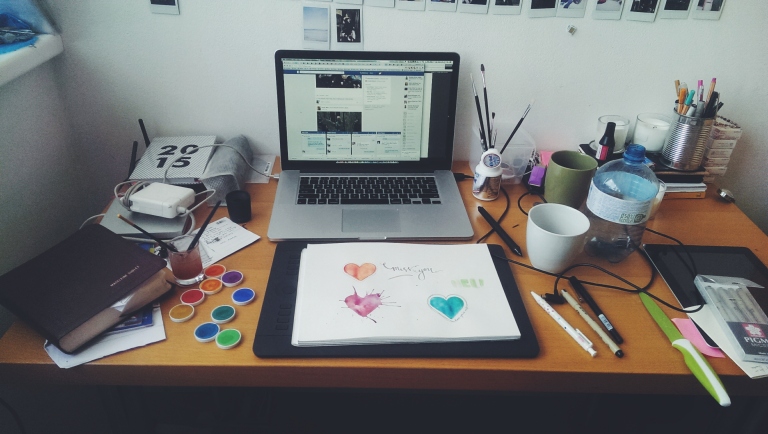 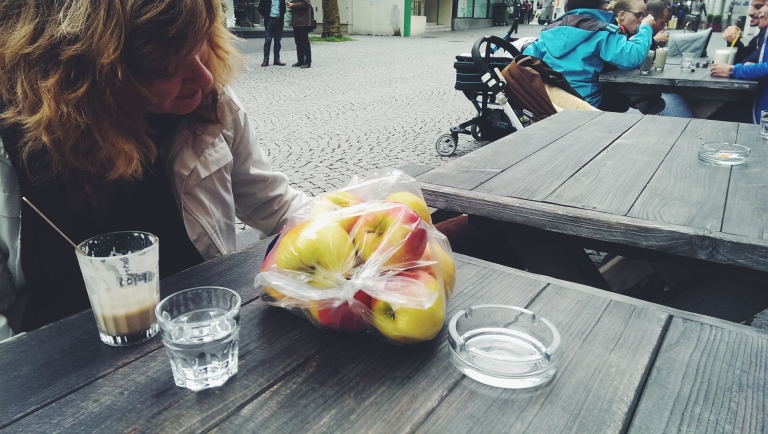 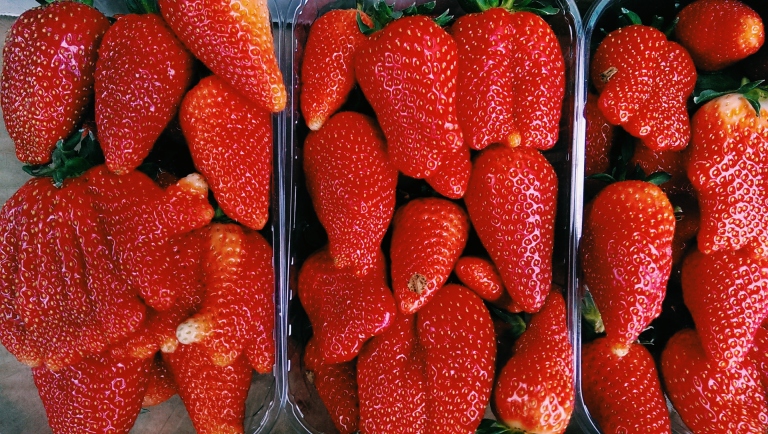 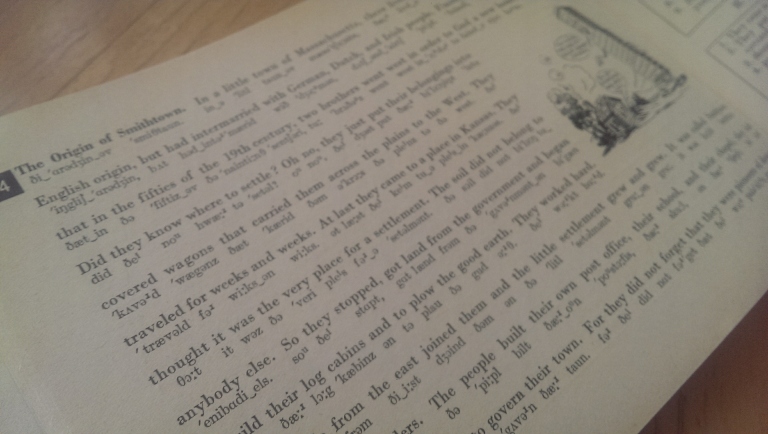 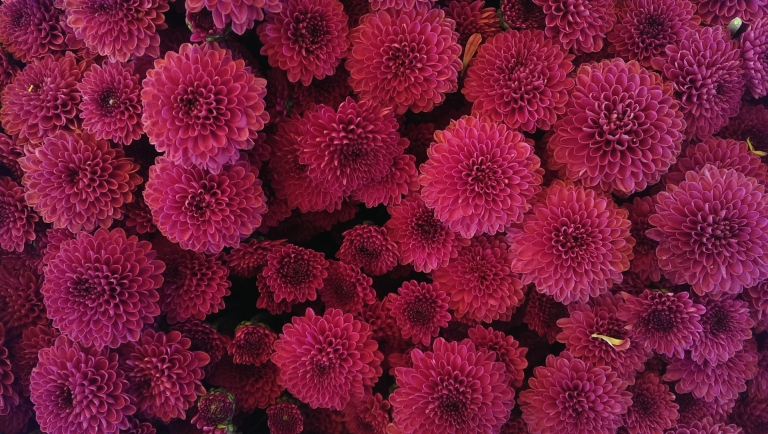